HISTORY OF OUR PARISH

The Lane Cove region was initially part of the Jesuit parish of St. Mary’s at North Sydney with the nearest church being the chapel at Riverview College. It wasn’t until 24 August 1919 that the eighty year old structure now known as the Dorritt St Hall was dedicated as the Church of St. Michael, Longueville. It had been built for £850 (2011 = $60,000 ) on land on the corner of Dorritt and Little Streets which had been purchased by Fr. Michael Sherin for £350 (2011 = $24,000).

The dedication to St. Michael stemmed from the coincidence of the names of Fr. Michael Sherin, the builder Michael Breen and, of course, the then Archbishop Michael Kelly, who made the final decision!

There was mention in the Catholic Press of 28 August 1919 that Fr. Sherin had secured an elevated site on the main road close to the Longueville tram terminus and that, as houses were being erected on all sides, St. Michael’s would soon be in the middle of a flourishing suburb. By 1924, the population of Lane Cove had doubled and the church was at capacity.

Synonymous with St Michael’s Lane Cove is the name of the first priest of the new parish, Fr. Hugh McGuire who held office for 55 years from 1922 until his death in 1977. Also, in 1922, the Jesuit fathers of Riverview began their long and continuing association with the parish and commenced conducting an extra Sunday mass at 7:30 am. 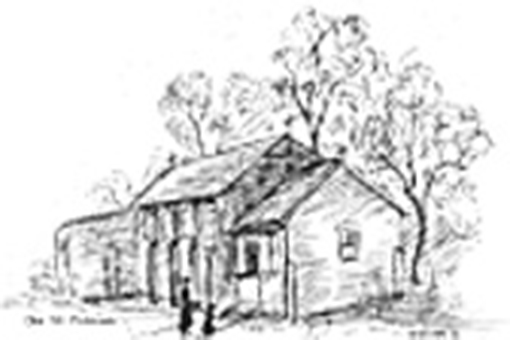 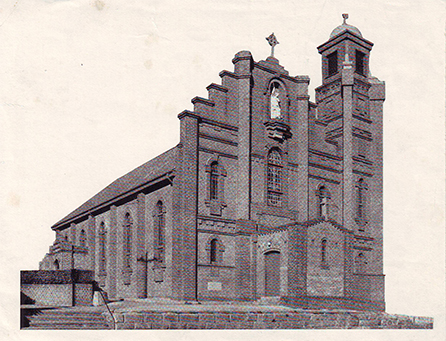 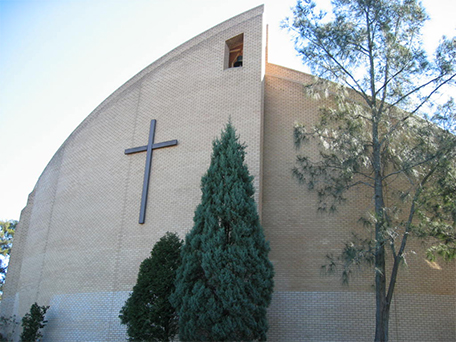 The second church, which opened on 26 September 1926 at a cost of £6,650 (2011 = $470,000), was described in the Catholic Press on 26 September 1926 as “handsomely designed in Byzantine style standing on a commanding site with views of a great portion of the northern suburbs and with seating for a congregation of 650”, allowing the old church to meet the needs of the growing district as a school.

Curiously, the foundation stones for both churches recorded St Michael’s Longueville until 13 July 1930 when a sudden change to Lane Cove appeared in a carefully kept Cash Book dating from 1922.

In the Parish Notices in 1975, Fr. John Dougherty advised parishioners that the church built in 1926 to seat 400 was no longer adequate and that the weatherboard sacristy and sanctuary, never properly finished, was now decrepit. Cardinal Freeman, with the advocacy of Bishop Muldoon, approved the proposal to demolish the existing church and replace it with a new 600 seat church to cater for an estimated population in the district of 8,000 Catholics.

So, after the last service in the old church at 10:00am on Sunday 4 January 1976, a large crowd joined a procession of the Blessed Sacrament to the Dorritt Street hall, which was to once more serve as the Parish Church during construction. Masses were also conducted at the Lane Cove Town Hall.

Our Lady of Dolours Church, built by the Jesuits in 1902, had a convent school up until 1921 by which time the Lane Cove one had taken over. Then on 12 December 1954 the Josephite nuns opened a new school alongside the church; this was later staffed by the Sisters of Mercy from 1965 to 1973 when it closed through lack of numbers.

On 17 September 1961, Bishop Freeman, opened the new 350 seat church, Our Lady of Dolours, and much later in 2003, a new chapel, Mary Help of Christians, was built as part of the Clancy Terrace 24 unit self care complex, which provides a secure and relaxed lifestyle for the elderly with opportunities for social interaction, and medical support.

On 2 August 1959, Cardinal Gilroy, assisted by the St. Ignatius College cadet band, opened a church in Lane Cove south which had been announced by Mons. McGuire the previous year.

In 1928, the Sisters of Mercy from Monte Sant’ Angelo established a convent school on the corner of Longueville and Alpha Roads, with two rooms added in 1932 to form a ‘High’ school, whilst the Dorritt St school continued to operate independently with pupils even wearing different uniforms.

Fees were two shillings a week for ‘highs’ and sixpence for the ‘lows’.

By 1950, a florin (two shilling) collection had enabled the parish to purchase the original school and establish a much larger one. An Arts & Craft Centre was added at 175 Longueville Road in 1975 and 1998 saw the construction of new classrooms built on the old convent site. Then, 179 Longueville Road, purchased in 2004, made way for further buildings and playgrounds with four new classrooms completed in 2006 and a multi-purpose hall in 2011. The Monsignor Hugh McGuire Centre was a result of the government’s Nation Building Economic Stimulus Plan. Current enrolment is around 560 students.